Take a look at the photos from the second Reconnect event for Wavelength Connect 2013. Back at Sheepdrove Eco Conference Centre, this event focused on “Making Change Happen” – what are the tools you need to drive change through your organisation. These photos will give you a great sense of our events, and how we create stimulating and inspirational environments for our members. 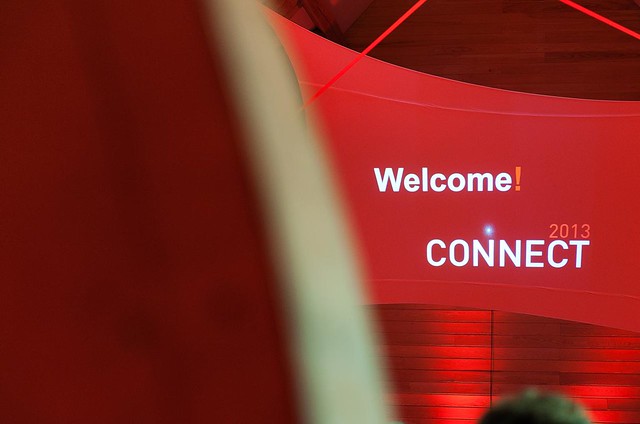 On the 16th and 17th September, Wavelength held their second Reconnect event for Connect 2013.  One event in a year-long leadership programme, this marked the beginning of the second semester of the programme where the focus is now on how to implement the wealth of ideas gleaned from the inspiration of the first semester. We heard from a wide array of organisations and individuals sharing their stories of how they have made change happen.

Google believe that before prototyping comes ‘pretotyping’ – making sure you know that ‘it’ is the right it before you start building it and waste lots of time and money!

Patrick is passionate about solving global problems with software. His team builds disruptive technology for a better world. They do this with software innovation, working with governments, industry, and radical thinkers. Primary focus areas are: Internet Access, Energy, Civic Innovation, and Crisis Response (Google.org).

Patrick has 18 years of experience building software systems and teams. Before Google.org, he built platforms and infrastructure for Google’s advertising business and developed systems that provided agility and a competitive advantage for Google. During 11 years at Microsoft he led teams creating operating systems, databases, business applications, and cloud based systems.

Patrick took us through the pretotyping process – how to validate the market appeal and actual usage of a potential new product by simulating its core experience with the smallest possible investment of time and money.

Find out more about what Wavelength learned about pretotyping when they visited Google’s headquarters in the USA.

What do you do when your business is disrupted by new technologies and you are seen as old-school?

LEGO created a ‘skunkworks’ team and factory and set about innovating from the inside. It is less than a decade since the LEGO Group was near bankruptcy. Many of its innovation efforts – theme parks, craft sets marketed to girls, a TV action figure called Galidor – were unprofitable or had failed outright. Today, as the overall toy market continues to decline, LEGO’s revenues and profits are up and climbing. This turnaround has been attributed to how LEGO now organises innovation. David explained how the company splits its innovation efforts into eight distinct types, from product development to business-model innovation.

How do you effect social, environmental behavior change at huge scale? And how do you know that it’s what your business did that made the difference? Rob’s multiplatform business is doing just that.

Rob Burnet is an Emmy Award-winning media producer based in Nairobi. He is managing director of Well Told Story, a social communications design and production company that combines comic books, syndicated radio, SMS, social media, web, animation, video, research, strategy and science to help change the way people live, think, act and govern in East Africa. The media they produce has an on-going audience of over six million Kenyans. With the backing of Bill Gates, Rob’s operation is expanding to Tanzania.

The warts and all story of how Sue took an existing organisation and transformed it, culturally and organisationally, into the driving force behind the UK’s success at London 2012.

Sue was formerly Chair of UK Sport which is the strategic lead body for high performance sport in the UK. It invests Exchequer and National Lottery funds in Britain’s best Olympic and Paralympic sports and athletes to maximise their chances of success on the world stage. Sue was a key figure in the spectacular success of London 2012 when so many of the bets UK Sport made paid off to such world beating effect. A former England netball international, lecturer at the University of Loughborough and Chief Executive of the National Coaching Foundation, Sue is also Chair of the Youth Sport Trust. She received an MBE in 1991 and a CBE in 2003 and was appointed to the House of Lords to serve as a Crossbench Peer in 2008.

Human beings are funny things. We do lots of stuff which we know we shouldn’t and vice versa. How are people persuaded at mass scale to change their behaviour for their own and society’s benefit?

From micro level at Fifteen to macro government policy Henry’s passion is people and change. Henry was appointed Chief Executive of the Portman Group in October 2011. Prior to joining the alcohol social responsibility body, he was a key member of the Cabinet Office Behavioural Insights Team where he was leading health policy, looking specifically at applying insights from behavioural science to support better personal decision-making in key areas of public health.

He joined the Civil Service in 2008 as Assistant Director in the Better Regulation Executive leading on alcohol and obesity policy. Prior to joining Government, Henry enjoyed success as a social entrepreneur. He led a revolution in sports and beach tourism, introducing kite surfing to the UK and Jamie Oliver’s Fifteen restaurant to Cornwall. He is currently Chair of Trustees for this charity, and has previously held board positions with the leadership development charity Common Purpose, the National Marine Aquarium, and Sport England South West.

The publishing world has been rocked by the rapid growth in digital readership and self publishing. Belinda shared with us how she put innovation at the heart of her business and where she found inspiration to make that happen.

One of publishing’s leading lights, Belinda is responsible for six trade divisions and one of four UK board members. In response to the existential threat to her industry of digital and self publishing, Belinda invented HarperCreative, which focused on putting innovation at the heart of the business by re-imagining the relationships between writer, publisher, retailer and audience.

Few industries have seen such sweeping changes in such a short period of time as publishing. Belinda’s leadership role in the eye of such creative destruction taught her many lessons about managing change and driving innovation.

How could an organisation halt the epidemic of violent behaviour in cities around the world? Cure Violence Interrupters work with, and are from, each community – literally modeling and negotiating behaviour change on the streets.

Cure Violence is an international public health approach to violence prevention based in the School of Public Health at the University of Illinois at Chicago and featured in the award-winning documentary The Interrupters. Josh has worked with displaced and vulnerable populations for more than a decade supporting programs that address human trafficking, medical and psychosocial care for conflict survivors, health care for the homeless, and protections for immigrants.

In 2009 St Paul’s Way Trust School in London was failing in every aspect. Grahame shared his story of how he changed the culture and attitudes of both staff and students so dramatically that in March 2013 Ofsted scored it ‘Outstanding’ in every category.

In 2009 the school became a University Trust school. St Paul’s Way Trust School is amongst the 20 most improved schools in England (no. 12) and is ranked in the Department for Education’s ‘UK Top 100 Schools’ for ‘Value Added’. In March 2013, Ofsted deemed the school, ‘Outstanding’ in all aspects praising the school’s ‘Unrelenting Pursuit of Scholarship and Excellence’.

Ever have days when you can’t be arsed?

Greg Dyke, Martin Narey and Jude Kelly: Are Leaders Born or Made?

Alan Webber talks about what makes a good leader

Benefit or lose out in a digitally disrupted world?

How employees can affect change within their company